Haruki Murakami once said, “Everybody has to start somewhere. You have your whole future ahead of you. Perfection doesn’t happen right away.”

This quote has never rang more true than it does for someone who is new to Reddit. It can be hard to understand Reddit initially, and even harder to start racking up karma. So, if you’re new to reddit, don’t fret, this article will discuss several common mistakes made by new redditors. Consider me your Reddit guru. Let’s get going, young padawan. Your training commences now.

In writing this article, I conducted my own little experiment. I posed the following question to r/AskReddit:“What Are The Mistakes That New redditors Make?” . The post received over 1,300 comments, so you can feel safe in knowing that you are not only receiving advice from my own experiences, but also from the Reddit Buddhas ! They will be your guides and this article will only discuss comments made by them during that post and for your benefit. Why they got their upvotes given and why downvotes were dolled out. It was all for you, young padawan. It was all for you.

So here we go. The Top 10 Mistakes New Redditors Make !

#1: Not following the Reddiquette

This is kind of a meta-rule since it encloses all others in one way or another. It angers experienced redditors to no end, and if it doesn’t anger them, it certainly makes you look uninformed, unintelligent and unreliable. So, make sure you read the reddiquette rules and regulations and follow them.

#2: Not Using Proper Grammar and Spelling

u/Skolbieski stated that most new redditors are guilty of “Using very poor grammar/misspelled words, and then assuming it’s okay.” Another user replied that “text slang” is another big no-no. That’s basically all you need to know about that. Use real words, spell them correctly and use proper sentence structure. It’s a pretty easy mistake to avoid. 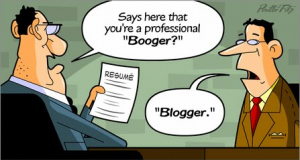 #3: Not Knowing your Sub-Reddit’s Rules

Now, this is different from following the general Reddiquette. Evey sub-reddit has it’s own rules and regulations and knowing them is essential.

My post received so many comments about this common mistake. Make sure that you are posting your content to the correct subreddit and that you follow that specific subreddit’s rules. u/exanthem stated that many new Redditors go around, “Assuming somebody hasn’t already created a post about that awesome news article you just found.” If you’re posting content, make sure that it hasn’t already been posted. Re-posts will only receive downvotes and anger. Worse, it makes the poster look like they don’t know what’s going on or like they are digging for karma. Which brings me to the next rule.

#4: Begging for Karma or Upvotes

Don’t dig for karma or ask for upvotes. This is a quick and easy way to get downvoted into a hole from which your karma will never recover.  People can tell when you aren’t really contributing valuable content to the site. Sometimes, a useless joke is appreciated, but not all the time. I made several responses on my post, many of which were jokes, and while they all ended up having a positive karma score, the jokes did not do as well as honest opinion and contribution.

Well, if you are a child don’t worry, it takes time. But if you are not – just act like an adult. 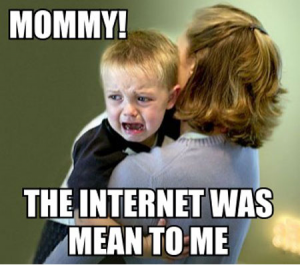 So don’t fight and don’t offend others who don’t agree with you.

#6: Not choosing a proper username

Another big no-no is choosing an inappropriate username. u/bigween said the following: “Your username is your username, and you can’t change that. ever. cries softly.”

So, yeah, find a username that fits your personality. It might be a funny username, but it wouldn’t work for all types of accounts. If you’re using reddit for personal use, you can be a little more humorous; but if you are an organization, company or a marketing professional, you need a username that is representative of your purpose on reddit.

No “bigween,” “AssbuttInTheGarrison,” or “Boobiesucker.” Most of the time you wouldn’t be taken seriously at all, so unless that’s your goal – avoid that.

#7: Pissing off the mods

Now, mods (or Moderators) are the people in charge of subreddits. They enforce a subreddit’s rules and regulations and will ban you for breaking them. Remember u/Quick_man ? The mod ? 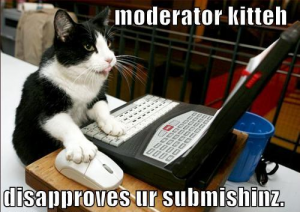 He made a point to say that any trolls, racists or dumbasses intentionally not following the rules should be reported. He said, “The reports come in anonymously, report trolls, don’t engage. That’s our job. If you battle a troll, and make it personal/offensive you could get banned too. There’s no need to white knights, I can only speak for myself but I’d rather have tons of reports than to spend hours weeding through comments”

The mods aren’t all-mighty, but they can kick your reddit ass and make you a reddit outcast. Don’t piss them off.

The same mod from the previous point once said that “accounts from 1 month to 9 are the worst” at what he described as “acting uncivil and using racial slurs.” 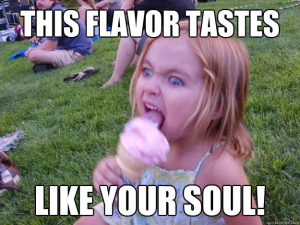 DO NOT DO THIS.

You will get reported and banned, not to mention downvoted into the innermost circle of Reddit HELL. Reddit is a Free Speech site, but users will tear you limb from limb for professing bigoted, hateful or slanderous words. There is no excuse for this sort of behavior and reddit will punish you.

#9: Posting in the wrong Sub-Reddit

The most upvoted comment on my post, weighing in at a whopping 1021 upvotes, was posted by u/Alsbet. This user said that new redditors are almost always guilty of “Reading the default front page and thinking that’s all reddit is.” Reddit is a content hosting site that allows its users to submit, vote upon or comment on content from ALL OVER THE WORLD. You’ve heard the phrase, “There’s an app for that,” right? Well, think of just about anything and I will bet you that there is a subreddit for it.

Never forget that you should categorize and prioritize your subreddits for specific content. This is how you find communities that will most likely value your content, appreciate your opinions and upvote your submissions. It is so important that you explore the world at your fingertips.

Remember this: “There is a subreddit for that.” There is, and if there isn’t, then start one. New users need to navigate the site and find the subreddits that most specifically suit their personal preferences and purposes.

This one comes from u/i_play_bass: “If people respond to your comment with downvotes and criticism, don’t try and defend it. They’ll downvote all your comments into oblivion. Just take your single comment punishment and carry on.” Reddit isn’t YouTube. The users who sustain reddit attempt to uphold a higher standard of discourse, so don’t get into internet arguments concerning your opinions. It will only bring more misery upon your Karma.

One final, parting piece of advice that I have for you is that you shouldn’t take karma too seriously. It’s cool to get karma and it definitely ups your reddit cred, but karma isn’t everything. The most important aspects of reddit are discussion, content and community. Once you find these things, the upvotes will rain down upon you for the rest of your Reddit career. Well, you can also get reddit upvotes the easy way if you are lazy. 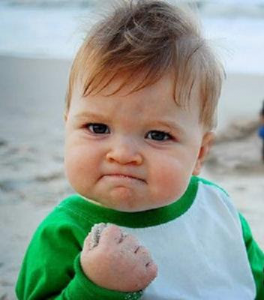 Well, that’s it, kiddo. That’s all the information I have for you today. Reddit may seem like a scary place, but it’s not. You just need to follow its rules and learn how to find your niche. So, go out there, explore and learn !

Teaching people how to use Reddit in a better way, writing guides and tutorials, answering questions and trying to make Reddit Secrets a better place.

About us and this blog

We are a Reddit marketing company with a focus on helping our customers achieve great results across several key areas.

Learn more about us

More from our blog

Karma is Reddit's voting system. Posts that have the most karma are…
Continue reading

It is always hard to decide whether to buy or sell stocks.…
Continue reading

Concept #1 - We’re not promoting, yet We know you want to…
Continue reading

What does your subreddit want?

To determine what your chosen subreddit community likes, a good place to…
Continue reading

This is your chance to make valuable contributions to your chosen subreddit.…
Continue reading
Prev. Post
All Posts
Next Post
No Comments